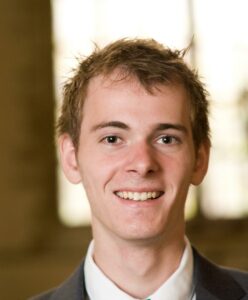 Summary
When a capital good, such as the lithography machine of ASML, used in a 24 hour production process is out of order for a period of time, this has a big impact on the entire production process and will cost the production company a large amount of money. Also for many other capital goods, the costs of not being able to operate are often considerable. A proper management of the maintenance of capital goods is important to make sure downtime of these capital goods is kept to a minimum. Cap­ ital goods generally consist of many different critical parts which cause the machine to stop working when a part has broken down. In case this happens, it is generally not easy nor the fastest option to repair the broken part on site, and therefore the part is preferably replaced by a spare part to bring the capital good back up and running as fast as possible. However, simply stocking an ample amount of stock is also not desirable as this results in high holding costs as parts can be very expensive. Therefore, one generally prefers to have the highest availability of capital goods while at the same time minimizing the inventory holding costs of spare parts. In this thesis, we focus on developing models with this aim in mind. We consider models that are applicable for the initial phase of a capital good as well as models for the stationary phase of a capital good.

Finally, in Chapter 5 we developed a generalized approach to determine a classifi­ cation scheme that enables companies to manage spare parts inventory in a simple way while still getting close-to-optimal. We show that getting close to system-focused inventory control is possible by taking the following four aspects into consideration: the class sizes, number of classes, ranking criteria, and the service level targets per class. We also show that if one of these aspects is not chosen properly, this may lead to poor results.